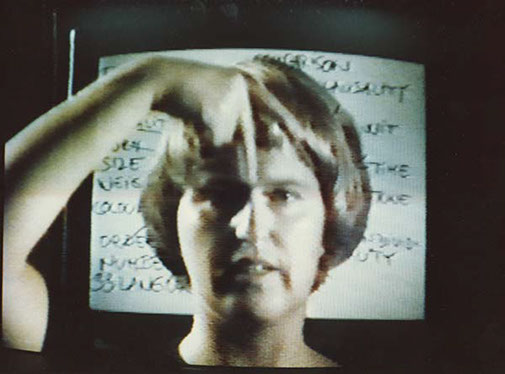 PDF of Interview with Marianne Heske in December 2015 for EWVA.

Marianne Heske was born in 1946 in Ålesund, Norway.

She is a conceptual artist and a pioneer of video art in Norway.

Heske studied at the Bergen College of Art, Craft and Design and later in France, in England and in the Netherlands.

Since the 1970s, Marianne Heske’s work in installation, photography, print, film and video has gained international recognition. Her most relevant public commissions include Istårn (Ice Towers,1992) for the 1994 Winter Olympics.

She represented Norway at the 1986 Venice Biennale, at the 1996 São Paulo Biennial, and at the EXPO 2000 in Hanover, and her artworks are included in several international collections among which the National Gallery of Norway, National Museum of Contemporary Art in Seoul Malmö Museum of Modern Art, Centre Georges Pompidou, and the city collections of Paris, Shanghai, and Oslo.

She lives and works in Oslo.