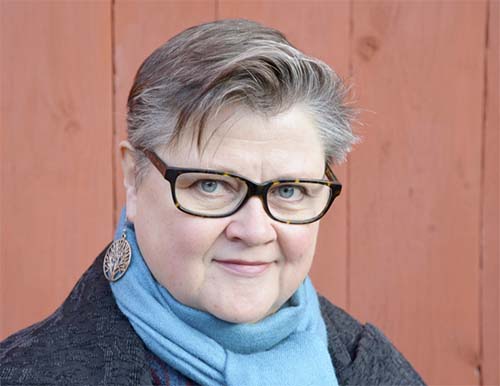 Marikki Hakola was born in Isokyrö in 1960. Hakola studied as a visual artist at the Finnish Academy of Fine Arts in Helsinki 1980-1984, earning her degree in 1984. Hakola was a member of the Turppi Group (including also Lea Kantonen, Pekka Kantonen, Jarmo Vellonen) with whom she started working with video in 1982 (Earth Contacts, 1982).

She is considered a pioneer of Finnish video art. Since then Hakola has made several video works, multimedia works, audiovisual projects, installation projects as well as performances as an independent artist and producer.

Hakola runs a production company for audiovisual and media arts, Kroma Productions Ltd. (www.kroma.fi). Hakola is also currently working on her PhD dissertation which is expected in 2018, Semeion - The Action Space of Interactive Moving Image in a Framework of Pragmatism, at the Department of Media, School of Art and Design Helsinki, Aalto University.