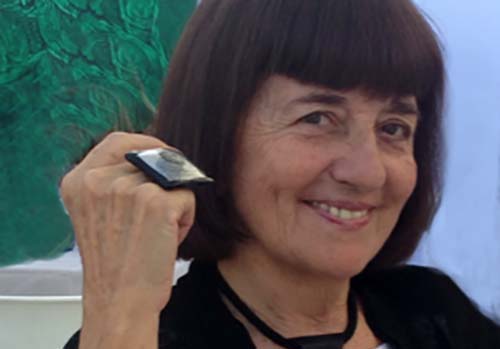 PDF of Interview with Marisa Gonazález in March 2016 for EWVA.

Marisa González is a pioneering artist that applies new technologies in the communication and reproduction of her creative work.

She graduated from The Music Conservatory of Bilbao in 1963 and at the School of Fine Arts in Madrid in 1971. She earned an MFA at the Art Institute of Chicago in 1973 where she specialised in video and photography, and joined the Generative Systems Department. In 1977 she earned a BFA at the Corcoran School of Art in Washington DC.

In 1978 González moved to Madrid. In 1984 and 1986 she promoted the I and II International Video Festival of Madrid's Circle of Fine Art.

All her artistic work is influenced and related to new technologies that are in continuous change in our contemporary society, from her first works with copy machines, at the beginning of the seventies, to the works that followed using of computers and video.
In the symbiosis between art and technology and using the methodology of mixing different techniques, González, has generated a new language codified by herself. The reproduction of the images, and their fragments and their repetition, as a form of generating emblematic values, is also persistent in all her work as well as her social commitment such as in the series 'Women violence' from the 1970s.