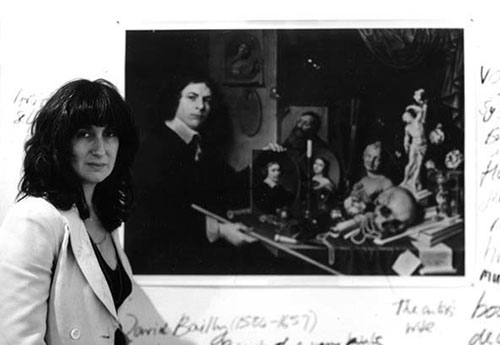 Tamara was a leading light in the visual arts world of Wales. Tamara was best known for her championing of artists' practice whilst director of, first the Welsh Sculpture Trust and then Cywaith Cymru . Artworks Wales, the national organisation for public art in Wales. She was instrumental in the development of the careers of some of Wales's most exciting and interesting artists, offering them the support to take risks and multiple platforms and fora to show their work that went far beyond the traditional model of a public art agency.

Trained as a musician, Tamara was a pioneer in the use of video as a means to make art, and is mentioned in the same breath as Yoko Ono, Derek Jarman and Sally Potter amongst many others, who created a context for contemporary artists such as Steve McQueen, Douglas Gordon and Gillian Wearing. The recognition of her seminal influence has only recently been truly acknowledged. Her campaigning led to this art form being legitimised, in the latter part of the 1970s.

Whilst living in Scotland, from the mid 60s to the late 70s, she met her partner, the artist Ivor Davies. She taught in Maidstone and Newcastle and co-founded London Video Arts, before settling in Wales, where her commitment to allowing artists to have a voice made her much beloved by those who worked with her.

Tamara Krikorian was born in 1944. She studied music and began making video in 1973 in Scotland where her campaigning helped establish the artform through a series of influential exhibitions. A founder of the artist led distribution agency London Video Arts in 1976, she was also an influential teacher at Maidstone and Newcastle. She lives in Wales, where she runs Art Work Wales. Krikorian was an influential artist during the 70's and one of the first female artists in the UK to work with video. She made a number of key works in particular 'Vanitas', and 'Breeze'. Krikorian also instigated collaborative shows of artists work; video conferences and various art forums, and importantly published a number of texts.

"Tamara Krikorian was a founding member of LVA, and instigated collaborative shows of artists' work including the first exhibition of video in Scotland, 'Video Towards Defining an Aesthetic', at the Third Eye, Glasgow in 1976. She also organised conferences and art forums, and wrote a number of key texts during the early period. Krikorian's work was complex in its layering of meanings, and lyrical, often exploring the blurred edges between representation and the real; the static and the moving, and her ambient electronic installations explored technological landscapes as well as the recorded images of landscape." - J.Hatfield